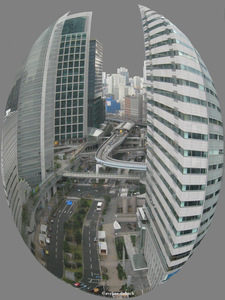 Two decades after the bust of the “land bubble” in Japan,  China is experiencing a large-scale property boom. This presentation will highlight the commonalities of the speculative mechanisms in the two countries, and give account of their divergent management by state authorities. During the period between the two property booms, China’s central state has learned lessons from the systemic crises caused by real estate crashes in both Japan and in the USA. This has encouraged a policy avoiding the financialization of real estate based on US norms, and providing  “just-in-time” responses to markets signals in the housing sector.
Profil :
Natacha Aveline, PhD in urban geography, is currently permanent research director at the French National Research Center (CNRS) where she specializes in land policies and property markets. She is affiliated with the laboratory Géographie-cités (University Paris I Panthéon-Sorbonne) and lectures at Science Po. She spent eleven years in East Asia, serving inter allia as director of the CNRS North Asia regional (2006-2010), and as fellow researcher at the French Research Institute on Japan (UMIFRE 19 – MFJ) in Tokyo and the French Centre for Research on Contemporary China (CEFC) in Hong Kong. Aveline’s publications focused initially on Japanese urban issues (The land bubble in Japan, The city and the rail in Japan, …) but her work is now taking a comparative perspective across Northeast Asia (Globalization and new intra-urban dynamics in Asian cities, The Invisible Population―The Place of the Dead in East Asian Megacities) owing to the support of French and European funding programs.